Late last month I was in Brooklyn and had the chance to interview Alex English. He’s a young comedian, writer and actor building his career in his adopted hometown of New York after moving there from Detroit without really knowing what he wanted to do with his life.

In 2012, he and a coworker went to a comedy club. After a few drinks, his coworker convinced Alex to get on stage and try standup, reasoning that he’d always made her laugh at work. He didn’t have a routine, so just talked about his personal life and earned quite a few laughs. 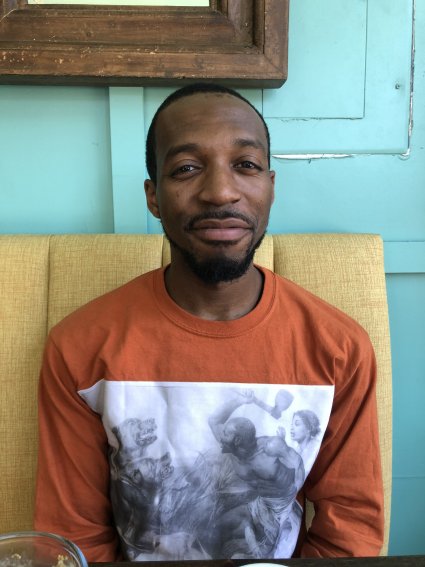 Since then he’s focused on making a career out of comedy, and regularly performs throughout New York and elsewhere telling jokes about his life, and as a gay black comedian he brings a somewhat unique perspective to the world of standup. His work has featured on shows like The Rundown and the upcoming The Fix on Netflix, among others, and he’s working on a pilot idea.

Alex and I met at Cafe on Ralph in Brooklyn for breakfast, where he told me about life as a comedian and his future dreams. Click on the picture of me and Alex above, or on this link, to read about my interview with him.