Actresses Jane Lynch and Kate Flannery are perhaps best known to many from their comedic roles on the television shows Glee and The Office respectively, but for the last few years they’ve sold out venues with a series of music revues — their latest, Two Lost Souls, opened in September.

Last month, on a trip to Los Angeles, I had the honor of meeting Jane and Kate for lunch at Hugo’s Restaurant in West Hollywood for the 117th Dining With Strangers interview. They were great, fun company. 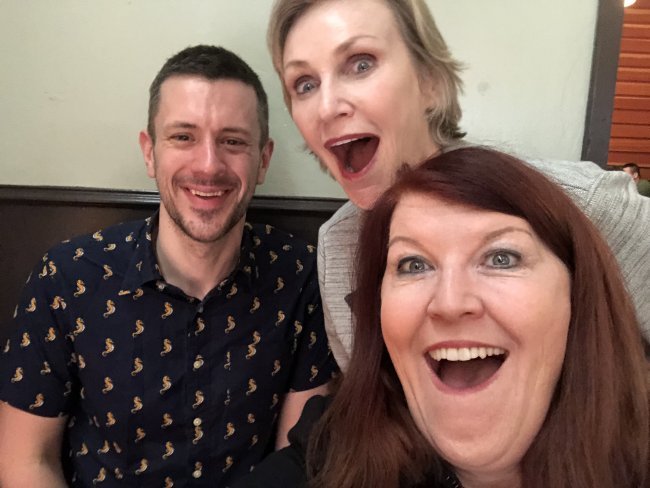 Rather than talking about their extensive — and incredibly popular — film, stage and tevision performance history, we focused our chat on how the two met, and what inspired them to start writing and performing shows together.

Meanwhile, I’m currently trying to schedule the next handful of interviews, so if you’d like to be featured on this site then book a dinner with me.