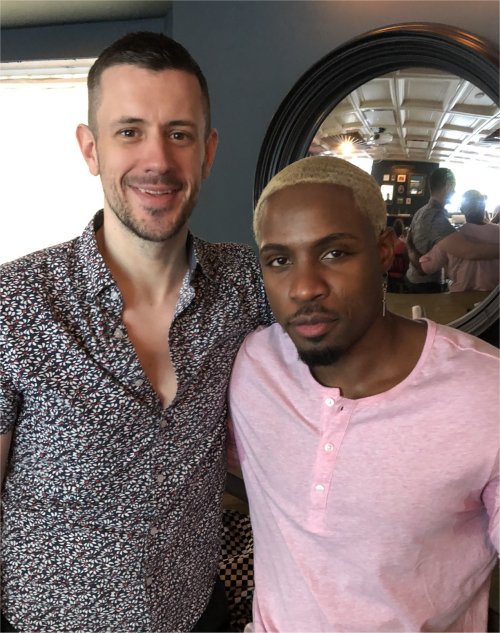 DeAngelo, a self-described introvert, gamely answered all of my questions over lunch at the Blue Dog in Manhattan during World Pride. To reveal his answers click on the picture of us above, or on this link, to read my interview with him.