When NFL player Ryan O’Callaghan was at the top of his game, all he could think of was suicide.

His working days in the league were spent as an offensive tackle for the New England Patriots and later the Kansas City Chiefs. But at other times all he could think about was the secret that was driving him to despair: he’s gay. Ryan convinced himself that neither his friends, family, nor profession would accept him if he came out. And so, as he tells it in his book “My Life on the Line: How the NFL Damn Near Killed Me and Ended Up Saving My Life,” he decided that as soon as he was done with football, he was done with life. 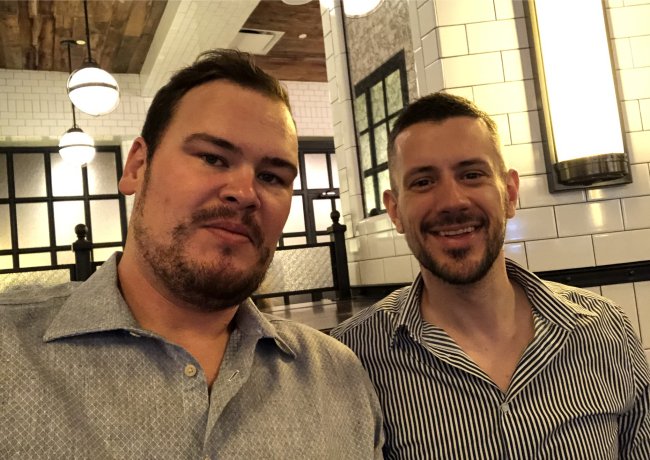 It’s a harrowing story, although with a happy ending because Ryan eventually came out, and is now using the promotional tour for his book to promote a foundation he created to offer scholarships and mentoring for LGBTQ athletes. On a recent trip to New York City, I met him for lunch and the 124th meal with a stranger, talking about his life story, coming out, and finding peace with himself.

Click here, or on the picture of Ryan and me above, to read the interview.