When people ask Edwin Schiff what he does for work, the conversation typically follows the same pattern:

Person: “Oh! Can you design me something?”

Edwin: “I’m not a costume designer. I’m a costume technician.”

According to Edwin, a costume designer devises costumes but it’s the job of the technicians to bring that design to life. This involves the entirety of a costume shop, from drapers to stitching staff. “I’m part of the team that helps bring it from paper to reality. I wear many hats,” said Edwin, who speaks at a lightning-fast, peppy pace. 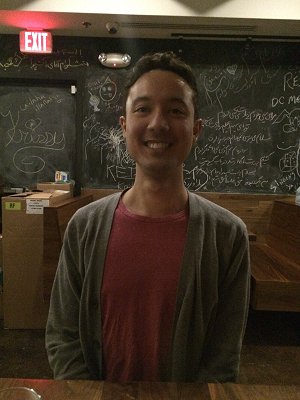 We met at Tash, a relatively new restaurant in DC’s Eastern Market on 8th Street SE, which houses a vast array of restaurants, from the decades-old to the brand-new. Tash serves Middle Eastern food, and the interior has a sleek look. A large glass front looks in on colorfully tiled walls and a slightly dark but still warm design, with low-key lighting and hardwood seating throughout.

Several times during our dinner at Tash, Edwin told me that he loves the variety of his job but that the future is a little murkier — in a good way. He said he thrives on new challenges, and enjoys the spontaneity of life in the theater.

“I’m living life,” Edwin said, smiling. “I’ve made so many plans and every time I do that, another opportunity comes along that I need to take advantage of, so I just go and do it. So far it’s worked out well. We’ll see how long this lasts.” He’s 26 years old, about to turn 27, and said that his day-to-day way of living means he doesn’t have a rigid plan for how his future will turn out.

For now, he works primarily as the wardrobe head for Washington’s Folger Theatre. He said he thrives on the behind-the-scenes work and the “human connection” in wardrobe.

His tasks as a technician and head can run the gamut from maintaining costumes, ensuring actors are able to make quick off-stage costume changes between scenes, stitching and draping outfits, and even basic tasks such as laundry, which has to be done every night after a show.

“Much more than all that, you have to establish and maintain a trusting relationship with your actors,” he said. If they don’t trust you, then that can prevent them doing the best job they can on the stage, and lead to an uneasy show.” Even though a stitcher’s work might be done when a costume is made, dressers from the costume shop must be on hand throughout a show’s run. 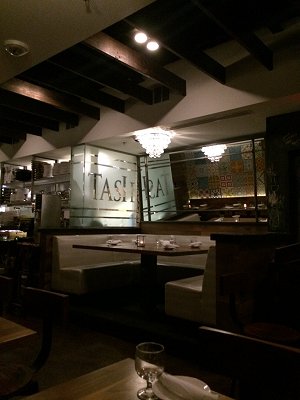 They arrive at the theater a few hours before curtains up, making any last-minute fixes to costumes, then have to pre-set costumes before the show. Dressers also need to stay on hand in case there is a wardrobe malfunction — think Janet Jackson’s unfortunate nipple slippage at Super Bowl XXXVIII — and to help actors change in and out of costumes. And a bigger-name actor usually has one dedicated costume staffer working solely with them. “It’s more than just the costumes, it’s taking care of the actors,” Edwin said.

Before deciding on life as a costume technician, Edwin tried his hand at several different aspects of theater; an industry in which he’s always had an interest.

He was born in Tulsa, Oklahoma but primarily grew up in the small town of Paducah, Kentucky. As described to me, it’s as a “fairly progressive” place for its location, but not somewhere he wanted to linger. His father moved the Schiff family to the Bluegrass State to help with the founding of Dippin’ Dots — the company making “the ice cream of the future.” That future never arrived, as the company “has since tanked and barely stands up now,” Edwin said.

Corporate life didn’t appeal to Edwin. “I could never do a 9-5 job. That works for a lot of people and I get that, but I thrive on variety and spontaneity and not knowing the future. My profession and lifestyle is very much along those lines. It’s much more unpredictable.”

He went to the small liberal arts school Berea College in Kentucky, and his interest in theater prompted him to start out with trying his hand at acting. “I realized I didn’t want to do that,” Edwin said. While performing was fun for him, he was dissuaded by the small paychecks and the uncertainty involved in being a jobbing actor.

So he tried other aspects of the theater profession, and he said getting into costume work was an “accident.” He was at a large theater conference, and got talking to the costume shop manager of the New Jersey Shakespeare Theatre. She mentioned that the theater usually takes on students, giving them valuable experiences such as tours of New York theaters and hands-on work. Edwin jumped at the opportunity. “I fell in love with that side of the theater,” he said. 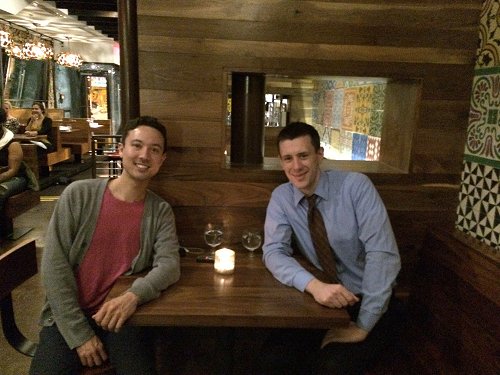 After graduating college, he traveled for work in different states, spending time at an opera company in Utah, and working for a theater’s costume shop in Santa Maria, California. That’s where he learned more about the extensive work involved with costumes. For example, there’s an art to selecting the patterns and working with the grains of different materials. Edwin supervised a team of just under a dozen people assigning costume projects and assuring quality control.

He’s grateful for the experience he gained during his time in California. And he also liked the Golden States’ weather and even learned how to surf, but found life too monotonous. “Every day was paradise,” he said with an exaggerated eye roll and grin. “No thank you!”

So Edwin arrived in DC in the fall of 2012 for a costume technician internship with the Shakespeare Theatre Company. Once that was completed, he spent a summer as a stitcher and dresser for an opera in Santa Fe, New Mexico, before deciding, “I need a real person job.”

He applied all over the country and eventually was offered the head wardrobe job with the Folger Theatre, where he’s been working since October. His job can require more than 80 hours a week of his time, doing double-duty stitching during the daytime and helping with the wardrobe operations of the show at nighttime.

But Folger is a seasonal contract as there aren’t shows running all-year round, which gives Edwin some free time to work elsewhere — he’s spent time working with a Norwegian cruise line doing costume work for a cruise in the Caribbean — or take long holidays.

It’s a lifestyle he’s happy with, he said, because he has the flexibility he wants.

Thankfully he was able to spare a couple of hours to grab dinner with me at Tash, a restaurant he’d seen a year ago and always wanted to try. “I like all foods, growing up our family didn’t hold back. Whatever food that looked good, we ate,” Edwin said.

Our waiter had suggested we both try the beef kubideh: medium-cooked chops of Angus steak with onions, mixed spices, and saffron rice. 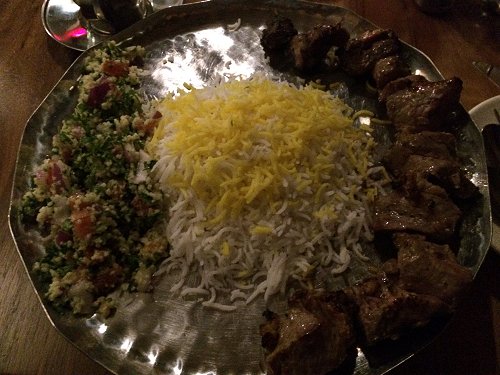 The portion was impressive, with large chunks of meat. The dish was basic but good, and incredibly filling. The tabouleh salad was a great accompaniment, and while the spices weren’t particularly distinctive, this was a solid, tasty meal.

Despite enjoying my meal, one problem I had with Tash is the music that the restaurant plays in the background. What started out as relatively inoffensive techno beats in the background grew to almost nightclub-level noise right around the time we left. Turn the noise down, and I’d be back.

As we worked on our plates, Edwin told me that he’s happy staying behind the curtain — to the extent that he also has no interest in being a costume designer.

“I do not like design, I hate that stress. I will assist you to kingdom come, but I do not want to have my name as ‘Edward Schiff the designer,’” he said. “I like being able to work with my hands and create something. If you are a good designer, you do your sketches and then pass on your work to other people. But I’m very tactile, I’m very hands on.”

If Edwin were a designer, he said he’d have to be dealing with arguments from actors about costumes making them look bad, and other headaches he doesn’t need or want.

Instead, life in the costume shop has been relatively stress-free in comparison. He’s been lucky to not have any major wardrobe malfunctions, and he said the only downside to date has been working with “less than desirable” actors (he didn’t name names). But largely he finds that actors are very friendly, and the bigger-name actors, while having particular ways of wanting things done, are still nice.

Even if someone does try to cause grief at the theater, Edwin doesn’t react badly. “I’m a very positive person, it takes a lot to ruffle my feathers, and even when they do, I figure, that’s the way it is, okay, let’s get over it,” he said. 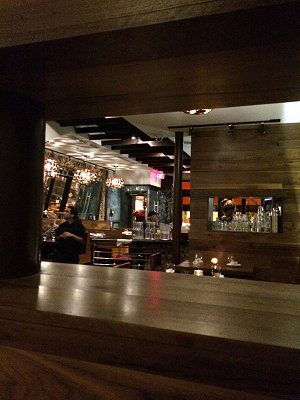 Edwin said he takes that upbeat attitude wherever he goes, and his loose plans for the future could take him to New York, Las Vegas, on a national tour, or even abroad.

He’d eventually love to spend some time living in New York City and working on Broadway. “It’s such a different environment than DC, they put on different kinds of shows. For my personality they’re more my pace. They’re faster. It’s bigger and better — but it’s not bad in DC. The theater scene in DC in fantastic, but there’s just so much more in New York.”

Other options he’s thought about include trying to get work with Cirque du Soleil, which performs elaborate shows mixing circus arts with street entertainment. “It’s a beautiful spectacle, it’s so unconventional. And I like that they hire street performers. They don’t go to schools and say, ‘Who do you have?’ It’s very much a family. I like that.”

That comment echoed what Edwin said at least three times while we ate: he likes the community aspect of the costume shop, with a large group working toward a common goal.

As we wrapped up our dinner, I asked Edwin how he’d make his future plans a reality. He told me that he tries to always carry a copy of his resume. And it pays off. For example, one time he was chatting with a costume shop manager from a theater, and the two hit it off. She wanted Edwin’s contact information. “I said, ‘I’ll do you one better!’” and handed her a resume. 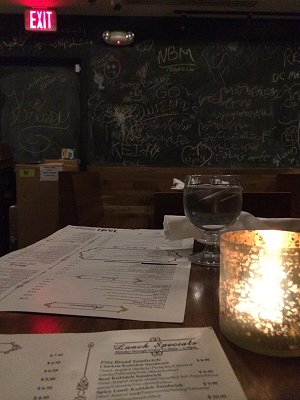 With that, our meal was over. One slightly baffling aspect of dinner at Tash was that the waiter insisted I pay with my credit card. It was bizarre because we had sufficient cash to pay and leave a nice tip, but our offer was rebuffed — a somewhat awkward end to an otherwise good dinner.

Stepping out into what was a dreary, rainy night, Edwin kindly offered to walk me to the subway as he had an umbrella and I didn’t. As we walked, he reiterated that he’s happy with his varied life in the theater.

“I don’t really have a long term goal,” he said. “I have checkpoints. I’d like to live in New York. I’d like to teach one day. And I’d like to work overseas. Where? We’ll see.”

He smiled again, and we parted ways, Edwin heading off to continue his future that might not be meticulously planned out, but appears to fit him perfectly.