Sampson McCormick is a 33-year-old gay black comedian who doesn’t like being told what he can and can’t say. Born in Washington, DC, he bombed at his first few gigs using routines that relied on tired, unfunny jokes. Then he shifted to talking about finding the humor in bad experiences, including verbal and physical abuse he suffered as a child, and the struggles that he faces being an out person of color — and audiences responded positively.

Over the years he’s developed a loyal following that leads to sell-out shows across the United States, and as his own agent and manager he’s built a multi-pronged entertainment career that includes movies, video skits, standup, and more. In mid-October he was back in the District for a gig at the National Museum of African American History and Culture. A few days ahead of the show, I met Sampson for the 125th dinner with a stranger. 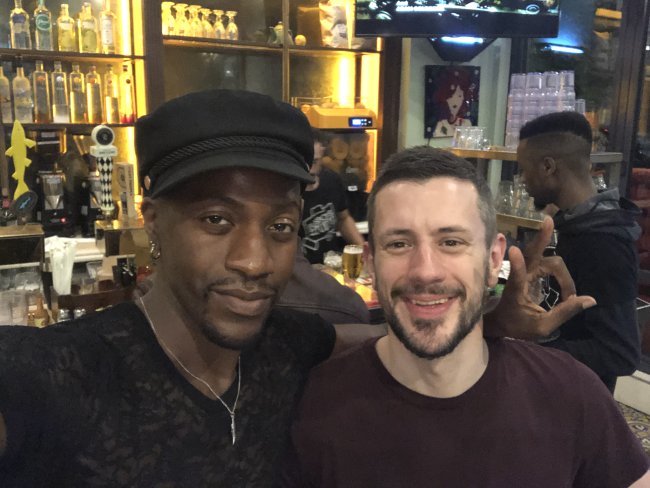 He talked about his “stubborn” nature and how his refusal to moderate what he wants to say has cost him some potentially lucrative jobs. But he accepts that outcome as a consequence of being able to perform on his terms, and shared with me some of the many projects that he’s currently developing.

Click on the picture above or this link to read the interview.