Dean Gold, 60, is the executive chef and owner of Dino’s Grotto, an Italian-inspired restaurant in Washington, DC’s, Shaw neighborhood. It’s the second incarnation of the venue after he shuttered his prior restaurant Dino in the Cleveland Park neighborhood due to declining business after a several years-long run. Last week, I dined with him at Dino’s Grotto to learn about how he’s trying to make things work in Shaw.

On June 11 I’ll publish the 107th dinner interview, my meal at Dino’s Grotto with Dean detailing his life story from a childhood in Los Angeles to jazz clubs and studying economics in Chicago before ending up in Washington, DC, as a restaurant owner. Before then, here are 12 questions I had for him more generally about the restaurant business.

He’s a unique character, wielding his restaurant’s Twitter account to advertise the venue, and seconds later to criticize right wing politics. And he’s refreshingly upfront about the ups and downs of running a restaurant, from dealing with bad reviews to dining trends he wants to end and those he wants to revive.

1. Your Twitter feed mixes promos for your restaurant with some very forceful anti-right wing beliefs and statements, does that cause any problems?

Yes, it’s probably hurt me more than helped me, but it’s me. All my beverage directors are dear friends and hang out in the restaurant, and they say I have no filter and it’s true. I am who I am, but what’s really amazing is the number of people who think it’s inauthentic. If I say something controversial and someone decides not to come in my restaurant, my free speech hasn’t been encroached on — maybe it wasn’t wisely used, but whatever.

2. So what would you do if President Donald Trump came to Dino’s Grotto?

I’d tell him off and I’d get the press on it. But when Ralph Nader came in, I was very good, I did not spit in his food, even though he’s responsible for everything bad now.

3. A big political issue for restaurant in DC right now is Initiative 77 to eliminate the tipped minimum wage. Are you for or against it?

Against. The problem is do-gooders – and sometimes I’m definitely one — who often have a one-size-fits-all solution to problems. There is a real problem in the restaurant business with some chefs not following the law [on wages and tips]. But the solution is not adding a regulation to exacerbate the problem that you say you’re trying to fix. All our waiters make above the minimum wage, and my guys in the kitchen make less than my waiters. If I have to pay my waiters more, that’s going to put pressure on me to not give raises, and it’s already bad enough with all the regulations that we face.

The solution is to enforce the tip differential. I’m not against raising the tipped minimum a little bit, but I am against raising it to $15 an hour and then having to pay my kitchen guys and floor guys $15 an hour when they’re also making $25 or $30 an hour in tips. So I’ll take away their tips, and it’ll be even harder for me to hire people.

4. Besides economics, what’s the worst thing about being a restaurant owner?

People who view the restaurant through the lens of a busy night or the lens of how they experience the restaurant, and when you tell them another side to the story, they argue it with you. And some of these people are our biggest fans, but it’s frustrating when you tell them things we need to do be successful and what they can do to help — they tell you you don’t need to be more successful because they see you on a busy night.

5. And what’s the best thing about owning Dino’s Grotto?

When people come in for the first time or the 20th time and they pull you aside and tell you the meal blew them away. And when people choose to have their wedding rehearsal dinners here.

One recent favorite was a Sunday wedding brunch. The couple come in all the time for brunch and they wanted to include us in their wedding plans, that was just wonderful. I can also think of two fairly large celebrations here of people who passed away and who were regulars. It’s awe inspiring that people have those feelings about our restaurant, that it was that meaningful to them. When people let you into their life like that, that’s really special.

6. Any trends in the dining industry you’d like to see end?

Yes, kids’ food, childhood foods being dressed up. We don’t need Hostess cupcakes made by incredible pastry chefs, we don’t need the late great dear Michel Richard making Kit Kat bars, or the ubiquity of not very good macaroni and cheese with truffles and lobster. Adding truffles and lobster and foie gras to a dish doesn’t make the dish good. 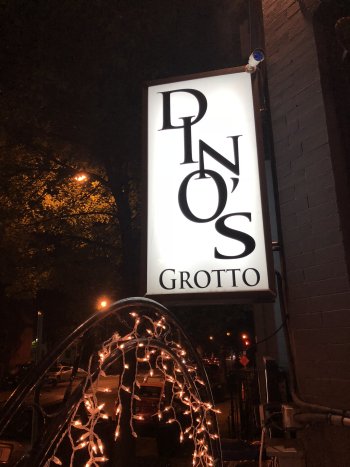 7. What about trends you’d like to see come back?

Let’s get away from the trend of small plates and back to three courses. [Washington Post food critic] Tom Sietsema has mentioned he likes restaurants that serve three courses, that’s what we do. But we also do small plates because we have lots of appetizers and do charcuterie and cheese, so if you want a small plates meal you can do that.

8. Are there things you wish diners would stop doing, or do more?

I’m very willing to accommodate for allergies, but stop changing the dishes against the recommendations of the restaurant. If you want certain things done to the dish that destroy the integrity of that dish we’ll tell you, if you really it want done we’ll do it, but if you go complain on Yelp after when you’ve totally changed our dish, that really bothers me.

And take our recommendations. When I recommend soft shell crab, that’s because I’ve got a great, fresh box of them in the walk-in that has about a two to three day shelf life. If you listen to me on the first day I have them, I’ve raving about them for a reason.

9. Do you track your online reviews every day?

I didn’t for a time but I try to be more proactive now, I try to respond to every review on Yelp.

There have been times when we’ve gotten incredibly unfair reviews. Sometimes I have to listen to my servers, because what they’re saying and what the customers are saying are mutually incompatible. We had somebody the other night who left a note saying it took them too long to get their food, over an hour and half. But I can see from the time they checked in, to when we swiped their credit card, that it was less than that. Bullshit. Could we have done it a little faster? Probably. Will I comp you the meal? No, it didn’t ruin your evening. Are you being asshats because you have unreasonable expectations of a restaurant? Yeah.

10. What’s your take on delivery apps like Grubhub and UberEats?

We depend upon them, but the technology of the apps is so poor, it’s mind-boggling. We’ve had food marked delivered and it’s still sitting here waiting to be picked up. Calling Uber’s help desk is just an exercise in frustration because they can never do anything.

Postmates is my favorite and the least annoying, UberEats is the most annoying, Caviar is in the middle and Amazon is a non-player, we don’t get more than two orders from them in a busy week.

11. So when you’re not at the restaurant, what do you like to cook?

We [Dean and his wife Kay Zimmerman] like to do a lot of soups, we love to grill.

And we’ll go out to eat, we have our collection of places, a few different Korean restaurants that are open until two in the morning. It’s rare that we’re walking into a restaurant any earlier than 10 [at night].

My favorite junk food is probably a Korean stew called Budae Jjigae, known as army stew. It was invented when the Koreans on American military bases would get Spam and hot dogs — preserved food, and they’d make a stew out of it. It’s just a delicious dish.

My favorite sweet dish is gelato, chocolate if I have to choose a flavor.

12. Is there anyone you admire in the DC restaurant scene?

I can’t really pick out one name because I might pick out one little thing from somebody and not respect their ultimate food vision, but they do this one thing really well.

In the food world in general, someone from my days in Los Angeles: Evan Kleiman, she was one of the first people to do peasant style Italian food and she does what she calls cucina nonna, grandma’s food. I do cucina nonno, grandpa’s food. Grandpa cooks on Sundays, he spends a little bit more money, has a little bit more extravagant ingredients than grandma, but is still doing peasant food. He uses every pot in the kitchen, leaves a total mess, walks out the kitchen and drinks with buddies till the meal is served.

2 thoughts on “Ask The Expert: 12 Questions For A Restaurateur”